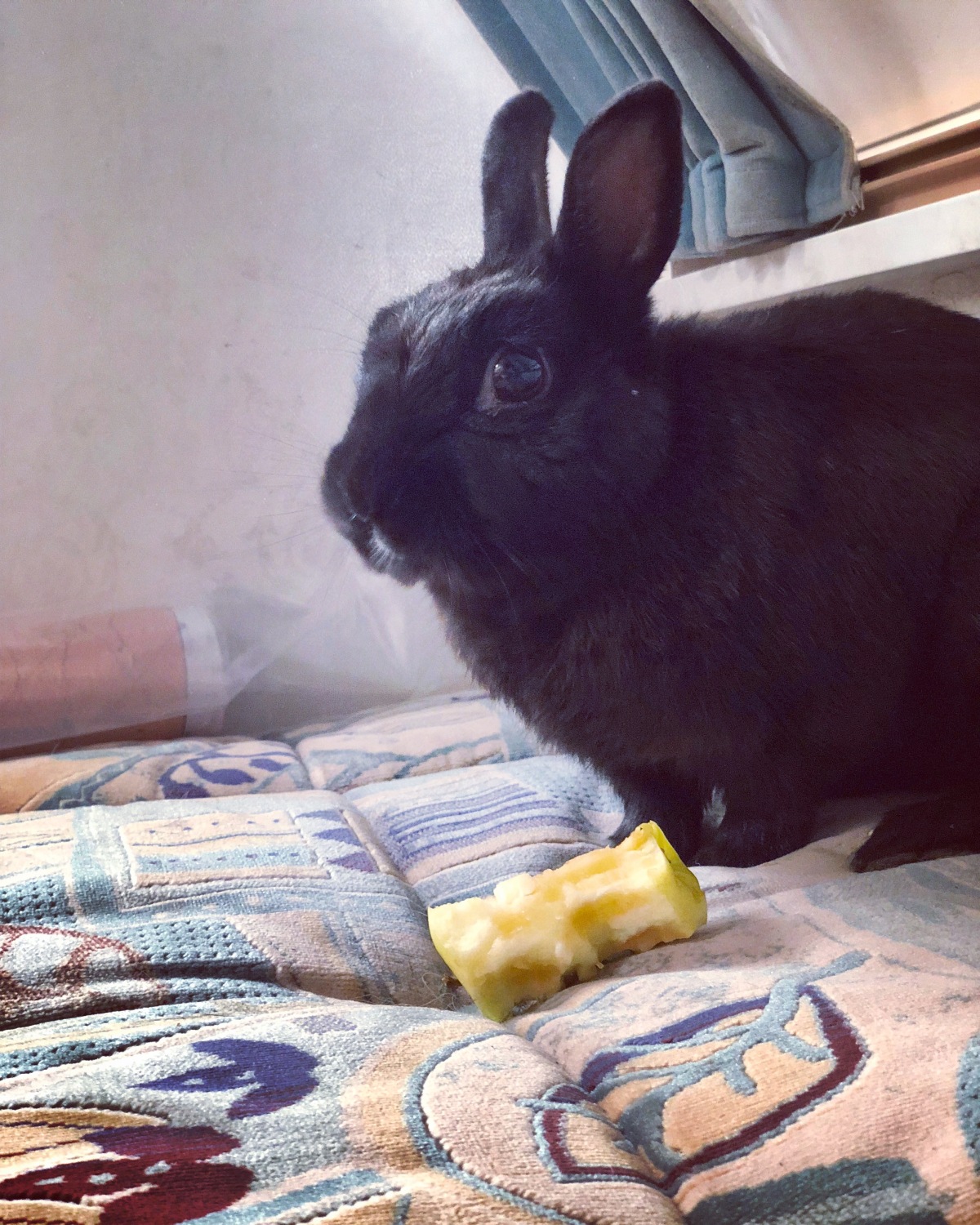 Here we have Samhain, or Sami as we called her.

Sami was one of a bonded pair of bunnies that I adopted on Halloween 2014, thus her name. A Netherland dwarf rabbit, she was full grown when we adopted her, presumably around a year or so old. She and her friend, who we called Beltaine (Belle for short), had been abandoned to fend for themselves in the wild before being found by some kind people who gave them to Pets At Home (a UK pet store) for re-homing. While Belle was friendly and curious from the get-go, Sami had always been a much shyer, more reserved rabbit. She didn’t care to be handled much and would rather hang with her cat friends then socialise with us humans.

We lost Belle in 2017, and I worried that Sami wouldn’t be far behind at the time, as she was the older of the two when we got them. But Sami was as healthy and active as the day we got her when our first expedition began. I called her the “bunny that won’t ever die.” I had concerns about having a single rabbit, as I know they usually prefer to be in pairs, but Sami had lived her entire life with us in the company of our cats, sharing a room and catio free range with them for years. She’d certainly never lonely. She slept with her best buddy Moscato, and was undeniably the boss despite her tiny size. She’d already put the new kittens in their places, and even the dogs didn’t scare her, she just ignored them entirely.

We debated long and hard before deciding to bring Sami along on our first adventure. Rabbits are easily stressed and we worried that travelling would be hard on her. But after a lot of thought and talks with our vet, we agreed with proper stress reducing steps, it would be safe for her to travel with her cat companions. Lucky for us, we had been a military family, and had already moved a lot with Sami; she’d been a very easy bunny, who didn’t stress about much and always seems content as long as the cats were with her. She travelled by car in her carrier with Moscato happy as a lark and was always the first animal to go exploring in her new surroundings. Whilst she still didn’t care much for human handling, she did like to hang around with us as long as we didn’t pet her too much, and she’d even jump on our laps for treats! After nearly over four years with her as a part of the family, I couldn’t imagine starting the first adventure without her, so I was relieved that the vet okayed her to travel!

On September 18th 2018, two months into our first adventure, Sami peacefully passed away in her sleep during the evening. We posted about her passing the same day on Facebook along side several images I’d collected over the years of her company. Click here if you’d like to read it.