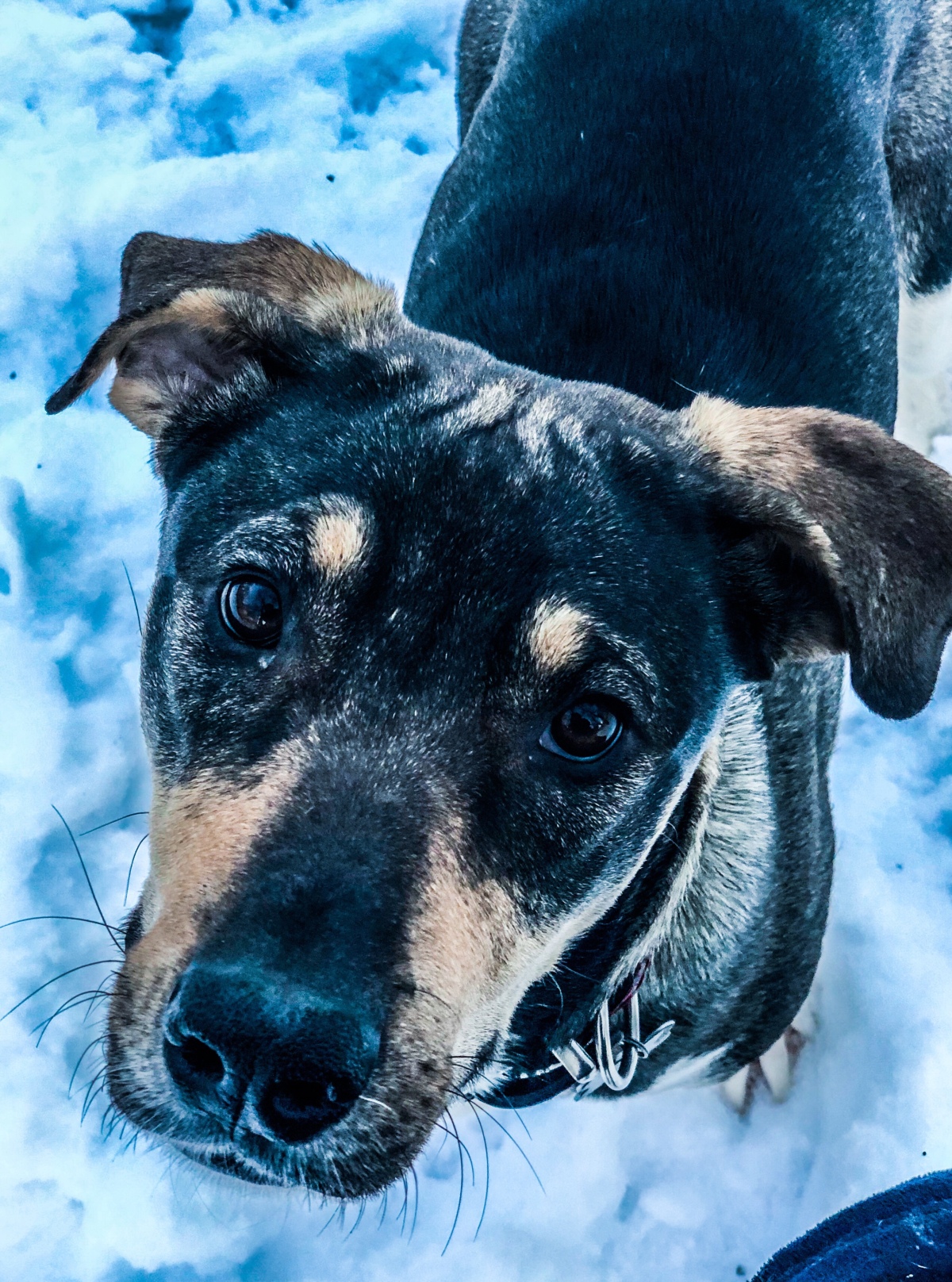 As most of our followers already know, we were only a few days free of Kova before our second rescue dog entered the picture. Upon arriving in Bulgaria and meeting our hostess Dee, it quickly became clear that we had one major thing in common: animals. Specifically, animal rescue. Less than a week after we arrived there, we were asked by Dee and her friend Krissy if we would be willing to step in and save a street dog that had been running around the village for a few weeks.

My instinct at the request was initially to say no. First of all, we’d already seen what having a seventh dog along was like with our travels, and it was exhausting. Though we hoped to stay in Bulgaria for a few months, I was concerned that if the host arrangement didn’t work out, we’d be stuck with another dog on the road. Second, the dog in question didn’t meet the criteria Travis and I had agreed to when we acknowledged we were willing to rescue animals on this trip; namely, she was not starving nor was she in what we would consider crisis since a couple locals were feeding her twice a day. So I was reluctant to say the least.

Two things convinced me to change my mind. The first was the news that the Kmet (the village mayor), who hates dogs, had decided the dog in question was a nuisance and had arranged to have her picked up by local animal control and transport her to the shelter. On the surface, this may seem like a positive option for a dog, it gets them off the streets at least. But animal shelters in Bulgaria aren’t like animal shelters elsewhere… the reality was that this was a death sentence for the dog. The second was the first picture of the dog I saw. It was, for a moment, like looking at a ghost.

Nearly a decade ago, I rescued a puppy in a national park in Kentucky. I named him Zilpo after the park we found him in. He was one of the best dogs I’ve ever had, and ultimately, he lived his life out with Travis’s family after I joined the Air Force. We lost Zilpo only a few months ago, far too early. When I saw this dog’s pictures, it was like looking in to Zilpo’s sweet face again: I couldn’t say no.

We went to pick her up on a Saturday night. She was waiting with Krissy in front of the apartment complex, and she came straight to me, shy but sweet. In the first glance, I once again balked… she was very clearly very pregnant. To be honest, in that moment I almost backed out. Seven dogs temporarily is one thing; but puppies? In my tiny caravan? And an intact female who would not be able to be spayed promptly with my intact Wasi who is quickly becoming very aware he still has his balls? It was a recipe for disaster. In the end though, it was the very fact that she was pregnant that swayed me to follow through: if the shelter option has been a likely death sentence before, it was a 100% certainty she, and her puppies, would be dead within the day if we sent her there now.

I named our new rescue Gabrova on the five minute ride back up the hill, for the region of Bulgaria we are in. I call her Gabbie. She spent the first night in the car since it was too dark to try a pack introduction. I barely slept that night, worrying she was too cold and too pregnant. The next morning I woke up, put her on a leash, and brought her in to the caravan. It was a risky introduction, completely unlike me. But some instinct told me that it would be okay with this dog.

And it was. Gabbie was the perfect mix of submissive and stand her own ground. My other dogs took to her like she’d always been a part of the pack. Only Wasi was initially a problem, because he fell head over heels and abused her constantly. She put him firmly in his place until he got his hormones under control. The other dogs barely seemed to notice she was there. Even Moomkin liked her straight off.

Over the next few weeks, Gabbie stole my heart. She is sweet, faithful, silly, and just plain wonderful. In all my years of animal rescue, only Syn has been a foster failure. I am very good at rehoming the animals I take on. With Gabbie, it was a daily struggle to even consider finding her a new home. She just… fit. So you can imagine my heart break when the perfect family came forward for her. I was torn completely in two. I didn’t need a seventh dog by any means, but I love Gabbie, fully and completely, in a way I rarely do even with my own dogs. It took all my common sense, and the fact that it truly is the absolutely perfect family to convince me to commit to letting her go.

Gabbie’s new family is waiting patiently for her in Scotland. They keep in touch and are already as in love with her as I am. I know she will be happy there and that I made the right decision. I’m trying to savour every moment I have with her now, since I know one day soon I will have to give her up. In the meantime, I’m not only getting to love Gabbie, but I’m also getting to love the six healthy puppies she gave birth to on the night of January 2, into the early hours of January 3. Sadly, I only had 48 hours with tiny puppy number seven, Zagora, who was just too small for this great big world… but at least I got that with her.

To bring this story full circle, one of Gabbie’s puppies will be returning back to the States with Travis to live with his family there… because I am 100% positive that Zilpo was born again in this litter, and we’re getting our very own version of A Dog’s Tale. It’s a fitting link in a rescue tale that almost didn’t happen because she didn’t “fit the criteria.” Gabbie brought us new life in more ways then one, we will always be thankful.

I'm an animal lover, avid reader, permanent student, and enthusiastic traveler. I want to share the journey of taking my twelve pets with me and my cousin as we spend a year travelling through Europe. I know it won't always be easy, but it will always be interesting, and that's enough. View all posts by thetravellingmenagerie

This site uses Akismet to reduce spam. Learn how your comment data is processed.